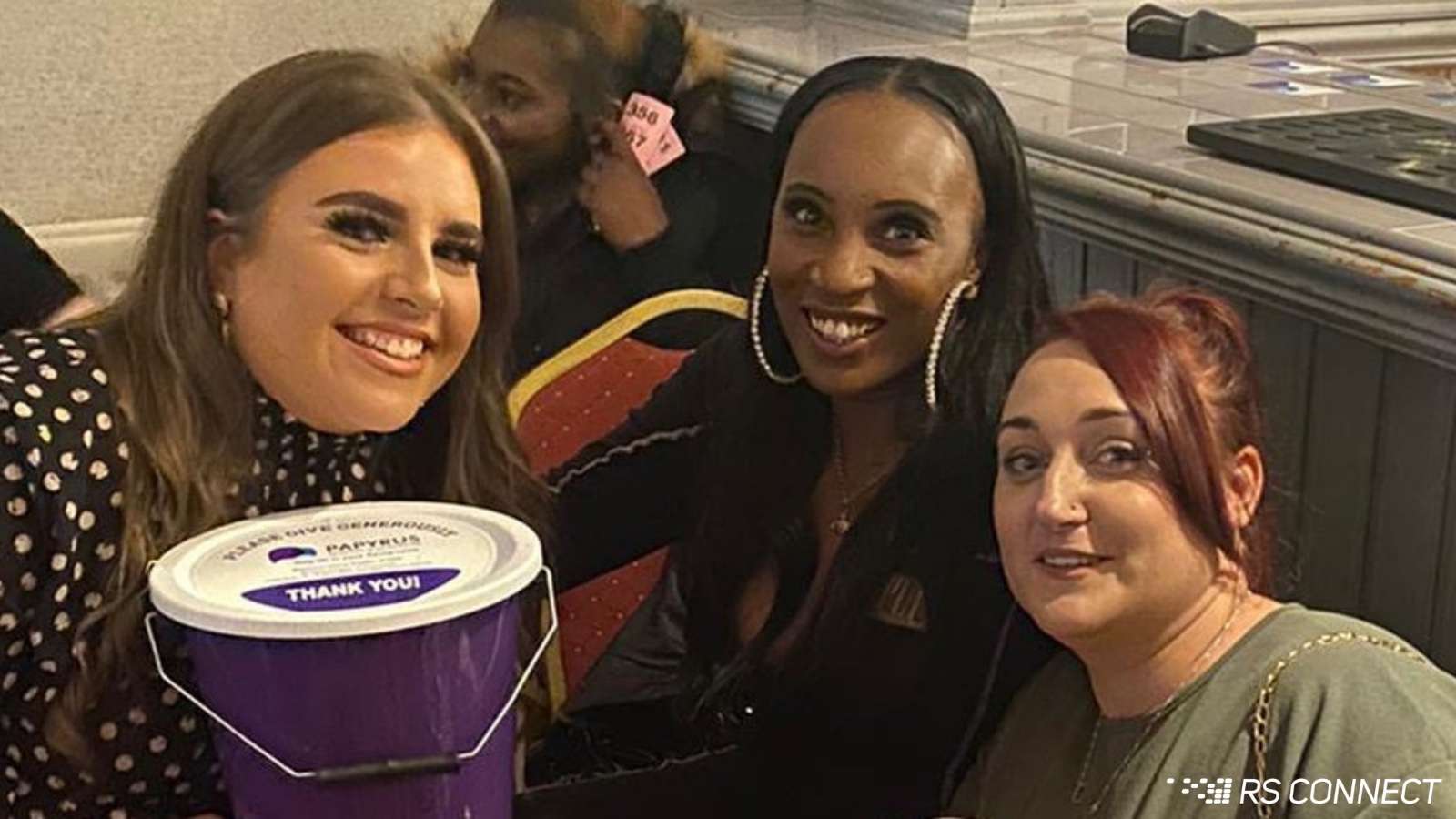 The team at RS connect have long been keen supporters of charity and community organisations.

Sally Howard, one of our telesales executives, is a great example of that, having organised an event for a cause very close to her heart.

Sally was the driving force behind a well-attended evening held at Minworth Social Club, in Sutton Coldfield, to raise much-needed funds for Papyrus, a national charity dedicated to the prevention of suicide in young people.

Suicide is the biggest killer of people aged under 35 in the UK, and Sally decided to do something to support the charity after speaking with someone who had suffered mental health issues as well as suicidal thoughts.

So she set about organising an evening of dancing and fun which also had a serious side in terms of helping Papyrus. The event included a DJ and buffet, together with a raffle, with those taking part having the chance to win a wide range of prizes, all of which were kindly donated by local businesses, including RS Connect.

“My thinking was that we have all had such a rubbish time throughout the pandemic, so why not have a party where people could let their hair down while raising money for a great cause.”

A grand total of £860 was raised through ticket sales and the raffle. Three people from Papyrus also attended the event to tell those present a little more about the charity. Sally said:

“It was great to have them attend so that we could all learn a little more – the night was all about raising awareness as well as raising money.”

Papyrus exists to reduce the number of young people who take their own lives by equipping young people and their communities with the skills to recognise and respond to suicidal behaviour. You can find out more about their work here: www.papyrus-uk.org